It’s hard to know where to start on this post: I’ve just returned from a truly captivating work trip to the Austrian Tyrol. How on earth did this come about and can I really describe it as work?

Back in January I had a call from Andy at ASL to ask if I would be interested in being one of the chefs creating a dish to be served at a mountain hut as part of the Culinary Jacobsway in Austria. Now the initial image in my head was a fair way from the reality. I’m not sure what perception the other chefs had, but the words ‘mountain hut’ bring to mind camping stoves, leaking roofs and rudimentary facilities! The reality is that these are mountain lodges and large ones at that. Jamtalhütte, where my dish is now being served, can sleep 180 people and regularly feeds 300 plus meals a day in the high season. But I’m getting ahead of myself!

After the initial contact, a wealth of detail was provided by Johanna at the Ischgl Tourist Board. I had to liaise with Martin Sieberer, the executive chef at the Trofana Royal hotel in Ischgl, to create a dish suitable for serving at the mountain lodge and then travel to Austria to join the three other European star chefs for the opening weekend of the 2014 Culinary Jacobsway.

First off I have to say that this is a truly slick event: between Johanna at the tourist board, Sue and Rob Freeman from Ski-write PR in the UK, and Chef Sieberer, every detail was covered and every effort was made to make this an easy task for me, and I am sure for the other chefs too.

I started with a bit of research and a look at the past years’ events and then spoke to Martin Sieberer about logistics, ingredients and the type of dish that was required. I then came up with a selection of three dishes for Martin to choose from, thus ensuring a varied range of dishes across the four lodges. Beef cheeks braised with beer and onions was the chosen dish. Now it was going to be down to Martin’s team to put this into practice! I wrote detailed recipes and provided tasting notes for the Sharp’s Doom Bar beer that we use, so that an Austrian beer with a similar flavour profile could be chosen. Adjustments would be made when we arrived in Austria.

The whole idea of the Culinary Jacobsway is to promote Ischgl and the surrounding villages as a summer destination perfect for hiking, mountain biking and fantastic food, so around 60 international journalists attended the opening weekend of the event. Press conferences, interviews and photo calls were all part of it!

Eléna and I travelled from Heathrow with Sue from Ski-write and the UK journalists that were covering the event. Extreme sports, travel, mountain biking, food and the catering trade were all angles being covered.

The itinerary for the trip was mind-blowing. On the Thursday, we flew to Zurich and transferred to Ischgl, followed by dinner at the Trofana Royal, where we were staying. This was the first taste we had of Martin Sieberer’s cooking; the intense, silky cépe soup that kicked off a great dinner will stay in my memory for a long time! 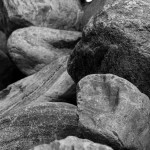 Friday saw a visit to the excellent Alpinarium museum at Galtür, followed by lunch at the Hotel Fluchthorn, and then an afternoon at leisure.

In the evening, a gala dinner at the Trofana Royal, prepared by Martin Sieberer and his team, was the first chance to meet the other chefs and hear them talk about their dishes at the pre-dinner press conference. My colleagues were Dieter Müller from Germany, Alfio Ghezzi from Italy and Giovani Oosters from Belgium; an impressive line-up!

On the Saturday we hiked with the other chefs and all the journalists to the Heidelberger Hütte, where all the chefs got to check the mise en place for their dishes and served tasting portions for all attending. At this point, Martin Sieberer and all those involved in preparing the dishes need to be congratulated; these aren’t Michelin-starred restaurants, but rather mountain lodges catering for large numbers. I had to make very few changes to the food that had been prepared; a few tweaks were all that were required.

The day was then rounded off with dinner at Restaurant Stüva, in the Hotel Yscla, with the other chefs, Martin Sieberer and ‘Chef of the Century’ Eckart Witzigmann to sample the cooking of Austrian Young Chef of the Year Benny Parth.

Sunday saw a slight deviation from the original plan, as I was asked to hike to the Jamtalhütte with the UK press group to see the lodge my dish was being served at and to work the ‘pass’ for lunch that day.
What a location and what an incredible hike! Martin had warned me that the last 300 metres was a challenge, but had said the view was worth it. Absolutely right on both counts! I am getting shivers up my spine just thinking about it. It’s not often that the phrase “breath taking” is truly apt: the colours of the wild flowers on the hillsides, coarse grass studded with blues, reds, yellows and purples, the myriad butterflies, the black and white contrast of the mountains still capped with snow and the unique luminance of the tumbling rivers fed with snow melt were just stunning!
After our hike back to the Swiss border to meet our transport back to Ischgl (very James Bond!), we joined the UK press group for the cable car ride up to Idalp at the top of the mountain for coffee and cake!

A few of us then returned to middle station on the cable car and walked back to Ischgl along the Walk of Lyrics, a trail through the forest dotted with quirky tributes to some of the top artists that have performed mountain concerts to open or close the season in Ischgl. Once again the views are amazing with deep ravines, wooded hillsides and the mountains beyond. Dinner followed at Stüva, with Sue, Lucy, Geoff, Luke, Richard, Mark and Oli; an amazing bunch whose company really helped to make the trip. Some of us even managed a few beers after the dinner too!

We stayed at the impressive 5 star Trofana Royal hotel in Ischgl; friendly and efficient staff and a large spa complex, all topped off with Martin Sieberer’s masterful cooking, including a breakfast buffet that must occupy a sizeable number of the kitchen brigade for many hours. They also run a cookery school and have one of the most highly regarded wine cellars in the Tyrol. We were served almost exclusively Austrian wines of great diversity and exceptional quality at all the events. A 2009 Sauvignon Blanc IZ, Weingut Rebenhof and a 2002 Riesling Auslese, Weingut Schloss Halbturnfrom served at the chef’s dinner at Stüva were particular stand-outs.

I have never done an event like this before, but it was an opportunity not to miss and I am so glad we went. This was our first visit to Austria but I doubt it will be our last. The scenery, walking, food and hospitality are excellent and I have it on good authority that for winter sports it is pretty special too!

I really do want to say a massive thank you to all involved in the 2014 Culinary Jacobsway: for inviting me to take part, for the hospitality, for putting up with my total lack of German, but more than anything for such an innovative and enjoyable event.
Could I really call it work…..well probably not!
THE MAIN PLAYERS
http://www.ischgl.com/en
http://www.skiwrite.co.uk
http://www.trofana-royal.at/en
http://www.bookacelebritychefuk.com/celebrity-chefs/
http://www.jamtalhuette.at/english/