Ermes, a real taste of Italy 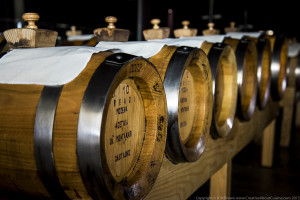 We are in Modena, Emilia-Romagna, in the north of Italy. Famous for its balsamic vinegar, Ferrari and, of course, Massimo Bottura and his three star restaurant, Osteria Francescana. This was to be a pivotal part of our trip to Italy; not quite the reason for going, but high on my list of priorities, so you can imagine my disappointment when I couldn’t get a table. On the day we booked our holiday, their website had indicated availability, and so having made all our hotel and travel arrangements, I immediately went online, picked an available table, and hit their ‘Book now’ button. The response? ‘Thank you, we will email you regarding your enquiry.’ This was followed by their reply, ‘Fully booked.’ I’ve just looked and the website has now changed but I was more than disappointed. The restaurant did put us on the cancellation list but sadly nothing came up.

On the Monday lunchtime we wandered down to that end of town, having had several recommendations for a sandwich bar called Da Panino run by Giuseppe Palmieri, the sommelier at Osteria Francescana. It was closed on Mondays. We walked back past Osteria Francescana, and once more I felt the sense of disappointment as I saw people waiting outside for the doors to open.

We wandered around a bit more. I probably sulked a bit. Having decided to head back towards our hotel with the plan of freshening up and heading to the park for a beer, our route took us past Ermes, a little restaurant I had read about. They said that there would be queue outside and there was; maybe twenty people milling around in the street just after opening. We had eaten at Trattoria Aldina the night we arrived, also highly recommended, and I had been unimpressed. The ragu was gritty and over-salty (and I like salt), and a dish of mixed roast meat, pork and veal, was seriously overcooked. Maybe I just didn’t ‘get it’, but did I want to eat again in somewhere supposedly similar?

Back at the hotel, I said to Eléna, “Are you hungry?” We had eaten fantastic cherry pastries and Amaretti Di Modena from the market earlier, but the response was, “Well, I could be.” “Come on then, let’s try and get a table at Ermes for lunch. They don’t open for dinner and we won’t get another chance.” I replied. We had to get cash first as they don’t do cards. No one speaks any English either, so be prepared, but go, just do it; go to Modena and eat there – it was an amazing experience! 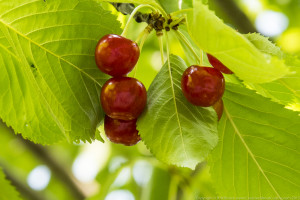 We arrived and Ermes, his wife who was cooking and the Maitre d’ greeted us and we managed to convey that we wanted to eat. Crumbs were swept off a table onto the floor, we sat down, and then the questions came, “Acqua?”, “Vino?” “Si, si, frizzante, per favore”. A plastic bottle of water was plonked on the table and an unopened bottle of sparkling Pignoletto was thrust into my hand, accompanied by a gesture indicating that I open the wine.

It was gone 3pm by this time, and the place had a relaxed, happy buzz about it; busy communal tables, pine panelled walls, newspaper cuttings and photographs decorating the walls, Ermes sat chatting with customers at one table. A few minutes passed as we sipped the cold wine and then the Maitre d’ sat down at our table with the menu jotted on a scrappy sheet of paper. Three pasta dishes, three mains. Our menu Italian was adequate, and a huge slab of lasagne verde, delicate and light despite its stature, and a dish of bouncy tagliatelle with a seasoning of flavoursome tender ragu arrived. Plates were cleared and a dish of cold boiled potatoes were brought with a bottle of olive oil – intriguing, but should we eat them now or wait for the main courses to arrive? We decided to wait, and our mains of superb rich, herby veal cheeks and still pink veal escalopes arrived, accompanied by a degree of surprise that we hadn’t eaten the potatoes yet! Slices of cake somewhere between sponge and biscotti followed, together with a bottle of sparkling red Lambrusco, and the mimed direction to dunk the cake in the wine. Delicious. 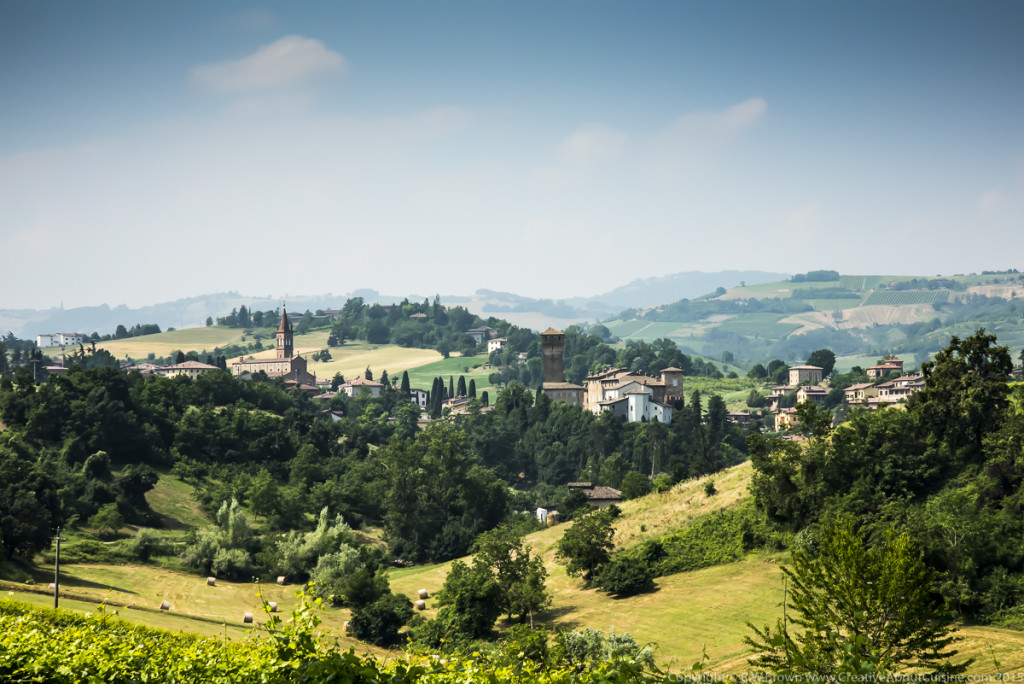 As we ate, the other customers drifted away and the staff began their lunch, eating what I guess was left from the menu, chatting quietly and enjoying a break. We spent most of the meal just grinning at each other – this felt like the real thing! I finished my coffee and we wandered back into the tiny bar, shaking hands and thanking the cook and staff on the way. The bill was irrelevant – this was priceless – but it was tiny. Osteria Francescana it wasn’t, but I genuinely couldn’t have been happier. This felt like a privilege, an insight into someone else’s world but one where the things that matter to me mattered to them. This was the Italy I had hoped we would find.
Osteria Francescana 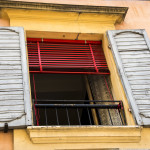 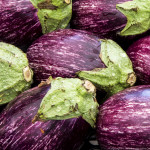 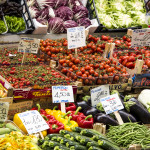 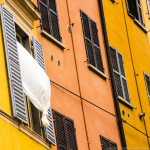