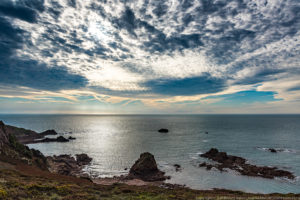 I have been lucky enough to visit Jersey many times over the years. It is an easy place to get to from Dorset and a real delight when you are there; beautiful beaches, great coastal walking and, of course, it has some superb food on offer. There is a huge choice, from excellent Michelin-starred restaurants to beachside bistros and the central market in St Helier always has plenty to offer for a sumptuous picnic. 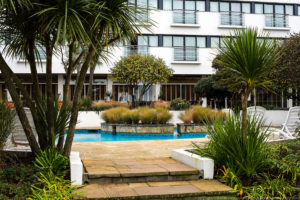 Last year I visited in November to take part in the first Eat Jersey Food Festival at The Atlantic Hotel,  This was a real treat and I am delighted to see that this year’s event is looking so spectacular.

Over the course of four days, diners can choose to attend four gastronomic events at The Atlantic Hotel’s Michelin-starred Ocean Restaurant, as well as a relaxed beachside feast at sister restaurant Mark Jordan at the Beach.

An addition for this year is an exclusive pop up restaurant on Saturday 5th November in partnership with Outlaw’s at The Capital. A collaborative menu of beautifully crafted seafood dishes will be available for both lunch and dinner service.

The line-up of celebrated guest chefs for the weekend’s events are:

In addition, Mark will be joined by Jarek Nowakowski, newly appointed Head Pastry Chef at The Atlantic Hotel. 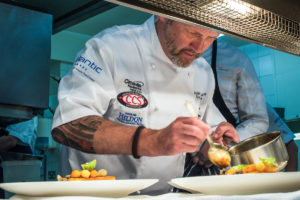 An exclusive ‘Lobster and Burger’ dining event at Mark Jordan at the Beach rounds off Eat Jersey 2016 on Sunday 6th November. Situated on the shoreline with breath-taking coastal views, the beachside bistro will showcase Mark Jordan’s signature Jersey beef burger and freshly caught lobster to guests in a relaxed and welcoming setting, led by Head Chef Tamas Varsanyi.

Full details of Eat Jersey 2016 can be found here