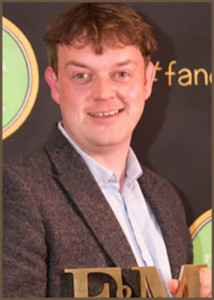 Chris Pople has been writing the restaurant blog Cheese and Biscuits since 2007. He has been named by the Evening Standard as one of the 1000 most influential Londoners for the last 4 years running, and in 2014 won Best Online Restaurant Writer at the Fortnum & Mason Food & Drink Awards.

He mainly writes about restaurants in his home town of London but has been known to travel quite large distances in search of a good meal. He’s probably in a restaurant right now, scanning a menu for spelling mistakes and sipping on a dry martini.