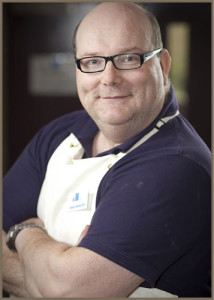 Steve Ashworth is one of the South West’s most well known foodie faces. He has a passion for good food that is unmatched, and will be a familiar face to anyone who has eaten out in the South West, or attended a food event. Steve lives in Taunton and works in Bristol.

A tax specialist by trade, Steve’s reputation as more than a gifted amateur was cemented in 2013 when he won the title of South West’s Best Dish at the South West Chef of the Year competition.

Steve is also a food judge for Taste of the West, Guild of Fine Foods, Bristol and Bath Food Awards. He has done several food demonstrations where local producers and manufacturers are key to his dishes. Steve has also organised some charity pop up restaurants, utilising his contacts to bring some top chefs to Taunton.